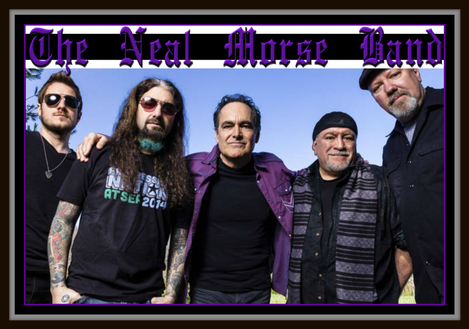 The Neal Morse Band is a Progressive Rock band from from Nashville, Tennessee that formed in 2015 by Neal Morse. The band's Progressive sound has been compared to bands like Dream Theater and Affector. Neal Morse originally began his career as an artist back in 1992 when he formed the Progressive Rock band 'Spock's Beard'. Those not familiar with Progressive Rock music, it is designed to take the listener on a musical journey, so to speak, with many twists and turns along the way. Progressive music incorporates a slew of genre styles, time changes, and movements which allow for many surprises to be found and emotional feelings to be had.
Spock's Beard went on to release 10 albums within an incredible 10 year period. Neal had done the impossible, he had established himself as a successful artist in the secular Progressive Rock world. At this time, Neal was ambitiously fulfilling his dreams and decided, in 1999, to team up with Mike Portnoy(Dream Theater),  and Rich Mouser amongst others to form the super-group called 'Transatlantic'. However, In 2002 the Lord was working in Neal's life and it was at that time that he answered the call and placing his faith in Jesus, he became a Christian. Not long after, Neal decided to leave Spock's Beard and set sail on a solo career.
Over the years, Neal Morse has created and been part of a number of different bands including 'Spock's Beard', 'Yellow Matter Custard'(Beatles cover band), 'Transatlantic', 'Morse*Portnoy*George'(cover band), 'Neal Morse'(as solo artist), 'The Neal Morse Band', and 'Flying Colors'. 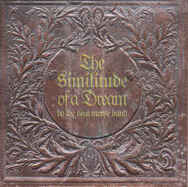 2016
In 2016 The Neal Morse Band released their full-length magnus opus titled 'The Similitude Of A Dream' on Radiant Records. With Neal being the head of Radiant Records, it was an easy choice for the band to go with his record label. 'The Similitude Of A Dream' is a double-disc-project featuring 12-tracks on the first disc and 11-tracks on the second disc. The album was produced by Bill Hubauer, Eric Gellette, Mike Portnoy, Neal Morse, and Randy George. Engineering was managed by Jerry Guidroz and the recording was mixed by Rich Mouser. The art work within the booklet insert was done by Paul Whitehead. The album's cover art and package layout was handled by Carl Glover with the album being distributed by Metal Blade Records Inc.
'The Similitude Of A Dream' is the band's sophomore offering and is the follow-up album to their debut release 'The Grand Experiment' released in 2015. 'T.S.O.A.D.' is a concept album which retells the story of John Bunyan’s allegorical & fiction based book 'The Pilgrim’s Progress'. John Bunyan's world famous novel was first released in 1678 with the full-title being "The Pilgrim's Progress from This World to That Which Is to Come; Delivered under the Similitude of a Dream." Bunyan's book has been translated into more than 200 languages, and has never been out of print. 'The Similitude Of A Dream' simply means the state of being similar to a dream.
"The book chronicles the spiritual journey of a man from the City of Destruction to the place of Deliverance. Someone had suggested to me that I do a concept album based on this book, but I kind of forgot about it. Then when I began writing new songs last December, the suggestion came to my mind. I had never read the book, so I Googled the SparkNotes story outline and began to write some little song bits and instrumentals based on what I had read. Those bits combined with the ideas that the other guys brought to the table then miraculously exploded into this double concept album. Funny thing is, this album only really covers about the first 75 or 80 pages. Maybe we should've made a five disc collection! Well, we'll save that for later. Ha.” - Neal Morse -
Some of the best soups are accomplished by tossing a little bit of everything into the pot. This analogy seems to have been the concept behind the band's 2016 album 'The Similitude Of A Dream'. Neal has incorporated into his "soup" everything from Rock to Neo-Classical flavorings lightly seasoned with Metal guitar play to touches of light Jazz along with dashes of Bluesy guitar work with everything being well simmered in a 70's era broth. Garnish the "soup" with some 'Dream Theater' & theatrical 'Queen' elements and what you get is a lethal concoction titled 'The Similitude Of A Dream'.
​       The line-up for the band includes vocalist/guitarist-Neal Morse(Transatlantic, Spock's Beard), lead/rhythm guitarist-Eric Gillette, keyboardist/pianist-Bill Hubauer(ApologetiX), bassist-Randy George(Ajalon), and drummer-Mike Portnoy(Dream Theater, Flying Colors, Transatlantic, Metal Allegiance)
​       In order to achieve their sound, 'The Neal Morse Band' has incorporated some additional guest musicians and their instruments like the Piano, Violin, Viola, Cello, Marimba, Saxophone, Organ, and Synthesizers. With the addition of said instruments, one knows they are in for a treat and diving into new depths of musical arrangements with this 2016 project.
Neal Morse does a good job from behind the mic for the band with his vocal delivery being genre-correct for Progressive Rock. Neal garners a little help in the vocal department from teammates Eric Gillette, Bill Hubauer(ApologetiX), and Mike Portnoy(Dream Theater) who all add a little something unexpected along with more variance to the project. 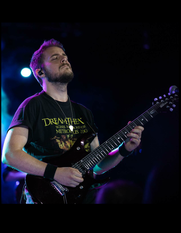 Axeman-Eric Gillette plays both lead & rhythm and delivers up a number of tasty guitar licks throughout this project.
All lyrics written by Neal Morse based on the book 'The Pilgrim's Progress'
​ and are thought provoking as one can see in the following excerpts:
"Long Day"
It's been a long day
But I feel I must travel
'Cause I've seen some hard times
And they're haunting my soul
My life is a shadow
And at home I'm a stranger
And it's been a long day now
But I feel I must go
I've got to go


"The Dream"
Love is awaiting you he cried
Beg, plead or borrow
But leave here tomorrow
Seek what's beyond the other side
It's life that awaits you
No one will make you
It's yours to decide…

Why are you grieving so?
Everyone must die someday, you know
I can see your trembling hand
You better flee this sun scorched land
'Cause I…
I have been to the gate
You'd better not wait


"Breath Of Angels"
And all around me
Is the love that casts out all fear
Oh, God, my father,
In Your mercy You brought me here
Where the breath of angels
Dries away every tear


"Shortcut To Salvation"
But I have seen the place called home
And now my life is not my own
For I was bought with the highest price
What can I do but give my life?


"Freedom Song"
Leave all your burdens here
Cry away every tear
I'll take your pain and all your sorrow
Son you've been gone too long
This is your freedom song
Sing and the grace of God will follow now.

I watched as the man fell on down to his knees
As the pack on his back hit the floor
It rolled down the hill and would never be seen anymore! 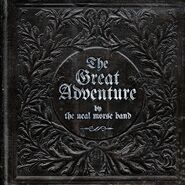 2019
In 2019 'The Neal Morse Band' continued their Pilgrim's Progress saga with the release of 'The Great Adventure' on Radiant Records. This release finds the band continuing Pilgrim's adventure and concluding the retelling of John Bunyan’s 'The Pilgrim’s Progress'. The recording was produced by The Neal Morse Band, mixed & mastered by Rich Mouser at The Mouse House.​​ ​The album's overall sound continues in the veins of their 2016 release 'The Similitude Of A Dream' and features 2-CDs with 11-tracks on each disc.
"The Great Adventure became one of the most hotly anticipated progressive rock shows of the year: “After the Similitude tour, expectations were really high, and we had more people coming to these shows than ever before. People were really excited to see it, so we had to make sure that we delivered.” -Randy George-
'The Neal Morse Band' is for fans of bands like Dream Theater, Affector, Amaseffer, Queen, and Seven Horizons. If you are into any of the aforementioned bands then you are going to love what 'The Neal Morse Band' brings to the Progressive Rock genre. Help support the band by procuring your copy of 'The Similitude Of A Dream' and while your at it, pick up 'The Great Adventure' as well - you'll be glad you did!
Musicians:
Neal Morse(Transatlantic, Spock's Beard) - Vocals, Keys, Guitars, Percussion, & Mandolin
Eric Gillette - Lead & Rhythm Guitars & Vocals
Bill Hubauer(ApologetiX) - Organ, Piano, Synths, & Vocals
Randy George(Ajalon) - Bass & Bass Pedals
Mike Portnoy(Dream Theater, Flying Colors, Transatlantic, Metal Allegiance) - Drums & Vocals
​
Guest Musicians:
Chris Carmichael - Violin, Viola & Cello
Eric Darken - Percussion
Ann, Alfreda & Regina McCrary - Background Vocals
Sarah Hubauer - Baritone & Alto Saxophone
Spencer McKee - Marimba
Dave Buzard - Stomps
Bruce Babad - Saxophone
Steve Herrman - Trumpets
Jim Hoke - Tenor & Baritone Saxophones
Rich Mouser(Transatlantic) - Pedal Steel Guitars