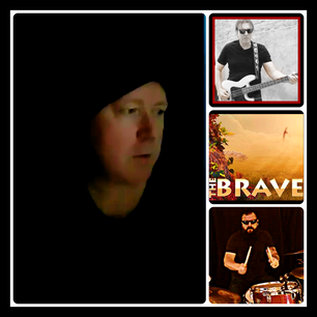 The Brave is an Arena Rock band from Lancaster, California that saw its conception back in 1991 by guitarist-Stayce Roberts & bassist-Malcolm Paris. According to The Brave, In the late 80's, the band originally went by the moniker - 'FAXX' which was a spin on the word "facts" because the band was singing about the facts of God. "When we were signed by Pakaderm records, they wanted to change the name because they thought it was too weak. Randy came up with The Brave. The meaning had a lot to do with us playing the Hollywood club scene and preaching our message boldly to whoever would listen. We didn’t let the crazy Hollywood scene stand in our way of doing what we came to do, which was to introduce Jesus to the broken through our music."
​       Having got their start in the early 90's, The Brave quickly found themselves facing a difficult time along with many others looking to play Melodic 80's era Rock music. Unfortunately, the 80's era had already run its course. Even though the band was faced with insurmountable odds, The Brave had a bold message dovetailed to an equally bold sound which they felt was right for that moment in time. The group refused to be railroaded and while holding their heads up high they defied the Grunge/Alternative train that was thundering down the track at full speed with intent on quashing any resistance at every turn. However, despite all obstacles, The Brave loaded up their instruments & equipment and headed to the studios to begin work on their debut album.
Some of the band's influences over the years include Journey, Night Ranger, Styx, Boston, KISS, Bon Jovi, Loverboy, Aerosmith, Def Leppard, Iron Maiden, Van Halen, Led Zeppelin, Tower of Power, Country, and Kings X.

1992
In 1992 The Brave released their debut full-length album properly titled 'Battle Cries' on Pakaderm Records.
The Brave's debut album was well received by fans of the 80's golden years of Melodic Hard Rock music. With a quick search on the internet one will find that there was no lack of interest over this debut release with plenty of rave reviews to go around. The production quality of  'Battle Cries' was top of the line which goes without question having been produced by John & Dino Elefante. Back in the day, when one saw that the Elefante brothers had a part in the production of an album, there was no need to listen before buying the record because you already knew that it was going to be good. What set the Brave apart from other bands was their larger than life Arena Rock sound, big hooks, tight choir vocals, & catchy choruses that kept drawing the listener back for more.
​       The line-up for 'Battle Cries' was comprised of vocalist-James Salters, guitarist-Freddie Tierra, guitarist- Stayce Roberts, drummer-Randy Roberts, and bassist-Malcolm Paris.
After the release of their debut album The Brave showed no signs of stopping when they entered the studio to begin work on new material for a follow-up album. 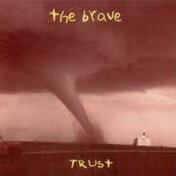 1994
​       In 1994 The Brave released their sophomore full-length studio album titled 'Trust' on both Pakaderm and Word Records. 'Trust' was produced by none other than John & Dino Elefante and recorded at Pakaderm Studios. The band's second album was a solid follow-up to the band's debut combining both Hard Rock with Blues oriented arrangements. This release saw a big change to the line-up which came by way of original singer-James Salters being replaced by vocalist-Randy Roberts. To discover their new singer, the band didn't have to look any further than their original drummer-Randy Roberts from 'Battle Cries'.
​       On this recording, Roberts is backed by guitarist-Stayce Roberts, guitarist-Freddie Tierra, bassist-Steve Irwin, keyboardist-John Elefante, drummer-Randy Roberts, and guest drummer-Jamie Wollam.
Shortly after the release of their sophomore album, The Brave disbanded with all members going their separate ways. Regrettably, thirteen years after their sophomore release, The Brave's vocalist/drummer-Randy Roberts passed away and went on to be with the Lord in 2007.
It wasn't until 2014, twenty years after their 'TRUST' album, that fans would hear from the band again. In 2014 The Brave released their third full-length album titled 'Rise' which could be considered a partially reimagined compilation project. 'Rise' features 12-tracks with 3-tracks taken from 'Battle Cries' and 3-tracks taken from 'Trust', along with 6 completely new tracks. With this release, the band steers away from their original Arena Rock sound and fans are introduced to a female vocalist. The new singer for the band was vocalist-Amanda Z who was backed by guitarist/keyboardist-Stayce Roberts, and drummer/bassist-Johnny Z. Some additional musicians included were bassist-Malcom Paris & bassist-Steve Irwin(Not the Crocodile Hunter).
In 2020, almost 30 years after their debut release, The Brave came together once again to be a voice in a dark world. For this project the band darkened the doors of Pandajam studios in California and quickly got to work on recording material for a new album. 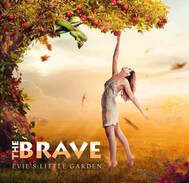 2021
In 2021 The Brave released their fourth full-length studio album titled 'Evie's Little Garden' on Bravemusic. The album was independently produced by The Brave and then published by Pandajam Music/ASCAP. The recording was produced & engineered in house by Stayce Roberts, mixed by J.R. McNeely, and mastered by Brad Blackwood of Euphonics Mastering. When it comes to the album's production, it's noticeable that the band has learned a few tricks over the years, having previously worked with the Elefante bros, because the production here is spot on.
To be honest, with the release of their debut & sophomore albums, I really thought we had heard the best this band had to offer. However, after giving the album a spin, this listener was pleasantly surprised with the arrangements on this 2021 project. With that said, hands down I believe this latest effort is the strongest recording that we have heard from the band to date. 'Evie's Little Garden' finds the band moving back and forth between Arena Rock and Melodic Hard Rock giving the listener the best of both worlds. From beginning to end, The Brave has captured the energy, the nostalgia, and the very essence of the 80's era Arena Rock genre. It's certain that many Rock fans from the past & today really connect with Arena Rock which was made famous by bands like Def Leppard, Whitesnake, Van Halen, Bon Jovi, and Journey.
'Evie's Little Garden' saw the return of original members Stayce Roberts & Malcolm Paris. Stayce Roberts no longer just handles lead guitar but has stepped forward to take the reins as the band's new frontman. Malcolm Paris returns to his position as "groove master" behind the bass guitar. To round out their line-up, the group brought back drummer-John Spittle who played for the band on their 1994 'Trust' album. Bringing Spittle back on board was an easy decision with him having went on to play drums for bands like Chris Cagle, Sara Evans, Aaron Tippin, Kelly Coffey, Paul Brandt, and is currently the drummer for Country Music superstar Trace Adkins.
It seems that Stayce Roberts has been hiding a little secret all these years and now the cat is finally out of the bag. Stayce's little secret is that he not only can play the guitar but also can sing! Stayce's performance as a vocalist on this latest project is of the same quality if not better than some of the top vocalist in the secular Hard Rock/Metal music scene. One thing that stands out while listening to their latest release is that Stayce seems to have a natural sense for capturing the listener's attention with all the right hooks and vocal variations. Hopefully we will hear more from Stayce as a singer on any future releases. 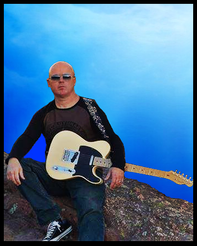 Stayce Roberts handles lead guitar for The Brave and delivers up plenty of tasty guitar licks throughout this project. From beginning to end one will discover an array of guitar play including differing 80's style guitar action, 80's style noodling, bluesy guitar play, Rock style accompaniment, some Power Metal riffs, Modern Rock style guitar play, light Doom play, along with a number of guitar solos to round things out.
One song that stands out with an opening explosion of energy is track-3 "I've Always Wondered" where it opens with a sick power riff that almost sounds as if Stayce is drawing a bow across the 6-strings creating a sound not unlike what we have heard from the classical/Rock musicians - '2CELLOS'.
​       Unfortunately, there are a few areas throughout the album where the guitars get buried in the mix. However, with that said, these areas are few and far between and are most likely unnoticeable to the casual listener.
The lyrics are by no means preachy yet they are
evangelical and thought provoking as one can see in the following excerpts:
"Evie's Little Garden"
He made the man from clay
Gave him the perfect way
For him to live in Eden all his days
He gave the breath of life
And made the man a wife
So he could take the loneliness away

Jesus – I will Run to You
Resting in the shadow of your wings
Father, give me the strength
So I can be a voice for You
In the darkness there must always be a light


"Love: Automatic"
For the ones who’ve been let down – who need a shoulder
And every heart left on the ground – growing colder
Through every neon light and every needless fight
There’s a heart ready to be made whole
For every last regret your soul can’t forget
Well, all I can say is

(See Site Info for Sword Scale meaning)
​       If you are one of those who believe there are no good Christian Rock or Metal bands out there then you really need to check out what The Brave has brought to the table. With their latest release, The Brave has delivered up a solid performance that can be compared to the best that the secular world has to offer. If you are into bands like Def Leppard, Whitesnake, Van Halen, Guns N' Roses, Journey, or REO Speedwagon then you are going to love The Brave's latest release 'Evie's Little Garden'. ​Help support the band & Christian Rock music by picking up your copy of 'Evie's Little Garden' today! Also check out the interview I had with the band.
Purchases can be made at any of the following links:
The Brave's Site
Amazon
iTunes
Musicians:
Stayce Roberts - Lead Vocals, Guitars, Keys
Malcolm "Groove" Paris - Bass
John "The Beast" Spittle(Trace Adkins) - Drums