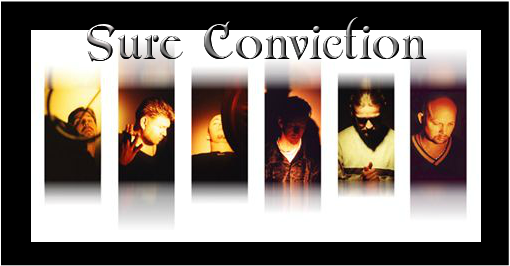 Remember when bands like Dokken, REO Speedwagon, Def Leopard, Foreigner, and Boston were tearing up the air time on the radio with that cool Arena Rock sound? Bands that were known for their front man with big catchy choruses and hooks galore? Well, 'Sure Conviction' has a cure for your nostalgia even though they are a more recent band, they are an Arena Rock band similar to the aforementioned bands.
'Sure Conviction' comes to us from the USA and was founded by songwriters & brothers Paul and Matt Liffengren. The Liffengren brothers began their journey in 1991 when they entered "Soundtek Studios" in CA. They spent the next 10 years recording 4 different albums in which there were many personnel changes in studio and on the road. The band never had any "hits" although they had some tunes on limited airplay and they sold several thousand CD's overseas gaining a international following. 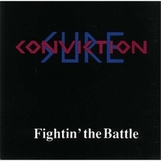 1991
In 1991 Sure Conviction released their debut called 'Fightin' the Battle'. This album has a sound similar to the band Survivor on some of its tunes. The track "Time Will Tell" really stands out on this release as Dewayne Holcomb gives a more than outstanding performance behind the mic. The tune"We are the People" is another track that stands out with it being a Rockin' praise tune. The song "Bye Bye" is a track that would had fit nicely on the bands latest release -'The Best Of Sure Conviction'. With the many different lead vocalist on this album, it almost sounds more like a compilation album. Over all, this debut release was a good start for the band. 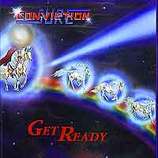 1995
It would then be four more years before fans would get their hands on the bands sophomore release in 1995 which was called 'Get Ready'. Here we find Melodic AOR music with soaring vocal work and great guitar riffs from Glenn Pearce(Idle Cure). When we speak of AOR what we mean is Album Oriented Rock-with a radio friendly album rock format with much greater commercial appeal.
Jeff Gunn understands the 80's well with his big chorus vocals and hooks that draw the listener in. This album is a killer album with that Arena Rock sound that was so prevalent in the 80's with bands like Def Leppard and Dokken. Would be sweet if, in the future, the band re-releases this album remastered and with some new album artwork.
Recorded at Pakaderm Studios.
'Get Ready':
Jeff Gunn-Lead and backing Vocals
Doug Beidon-Keyboards, backing Vocals
Paul Liffengren-Keyboards
J.R. McNeely-Bass, Guitars
Danny Woods-Drums
Caleb Quaye-Guitars
David Heydon-Guitars
Glenn Pearce(Idle Cure)-Guitars 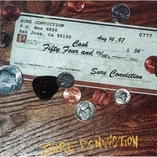 1997
In 1997 Sure Conviction released their 3rd album called '54 and Change' which includes some great AOR with the front man being Kurt Heinzman who reminds me of the vocal work that you will find in bands like Cheap Trick or David Meece. This third album is another solid release for the band however the album artwork needs some improvement. 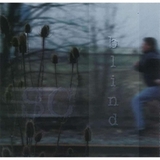 2001
Finally in 2001, Sure Conviction released their 4th full length album simply called 'Blind'. 'Blind' finds the band taking a different turn as the music no longer has that great Arena Rock sound that made their previous albums so good. What we find on this release is adult contemporary music with lots of acoustic guitar. Kurt Heinzman continues to be the bands front man here but unfortunately he changed his style of delivery and has lost that edge that he had on '54 and Change'. 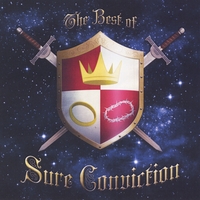 The first track, "Get Ready", features Vocalist Jeff Gunn and on this tune he sounds like a mix of Vocalists Don Dokken and Richard Marx.
The second track, "Forevermore", also features Vocalist Jeff Gunn who I must say is an incredible vocalist and on this tune he is found sounding more like a mixture of Don Dokken and Joe Elliott(Def Leppard). On tracks 1 and 2 we get a very impressive performance by Jeff Gunn as he captures the Arena Rock sound along with the guitars and hooks that made the 80's so great.
Tracks 3 and 4, "Are You There?" , "I Can't Explain" are both sung by vocalist Kurt Heinzman who also does a great job of capturing the magic of the 80's Arena Rock sound.
On track 5, "Standing For You" we find a return to vocalist Jeff Gunn with another killer song that is more of a power ballad. Here we find Jeff sounding more in the lines of Don Dokken(Dokken).
With track 6, "Sacrifice"we find Kurt Hinzman singing and it's just an OK track in which the chorus helps to save it along with the guitar work.
On Track 7, "Time Will Tell" Front man Dewayne Holcomb is introduced with an over the top power ballad with some blues oriented guitar work. I must say that he sounds a lot like Jeff Gunn.
On track 8, "Proclaiming" We are introduced to a different vocalist in Phil Milan as we find a light- hearted fun track that sound as though it has some 70's influiences.
With Track 9, "Voices" our front man is Jeff Gunn again and this is a great, fun track where we find him sounding more like Richard Marx.
On track 10, "Why Do I?" We find Kurt Heinzman singing to some acoustic up beat music which is not bad but is a skipper for me.
Now, on track 11, "Man In the Middle/Remember Me" we are treated to Jeff Gunn again as he sings from the view point of the thief who was crucified beside Jesus.
On track 12, "Benediction" Kurt Heinzman returns with his acoustic accompaniment and once again it's OK but not on the same caliber as other songs on this album.
With track 13, "Shining Our Light", Phil Milan returns with his 70's inspired rock and does a good job on this fun tune.
Lyrics are Christ centered and uplifting as you can see in the following tunes:
"Standing For You"
In your house when no one's around
In secret who are you now
When the lights go down who comes out
Who are you now that it's dark
Why are you still trying to hide from me
There's nowhere you can go where I won't be
I'll send My angels to look after you
If you turn to me I will see you through
I'm standing for you, Here I am right by your side
I'm here to help you make it through the night
I love you and I want you to know
Give me your faith and I won't let you go
I'm standing for you, I'm standing for you
If you're lonely and you're hurting inside
You can follow me and I'll be your guide
If you're tired of living your life from day to day
I'll give you a reason and I'll show you a better way
I love you - I will see you through
I'm standing - here for you
I'm praying - that you'll make it through
I love you - I believe in you 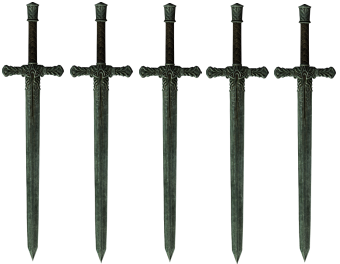 (See Site Info for Sword Scale Meaning)This Rating is for the album 'The Best Of Sure Conviction'.
I hope we haven't heard the last of Sure Conviction as today many new bands are moving toward 80's inspired Metal, it would be a perfect time to release another Arena Rock album. However, I highly recommend to the band that they try and get Jeff Gunn back behind the mic for any future releases because he sings with such passion and delivers the hooks that keep you coming back for more.
'The Best Of Sure Conviction':
Jeff Gunn-Lead Vocals
Kurt Heinzman-Lead Vocals
Phil Milan-Lead Vocals
Paul Liffengren-Keyboards
Matt Liffengren-Guitars
Caleb Quaye-lead Guitars On "Man In The Middle"
Jeff Rye-Guitars
Brent Holderman-Guitars
J.R. Mcneely-Bass, Guitars
Daniel Wright-Bass
Jimmy Rojas-Drums
Danny Woods-Drums