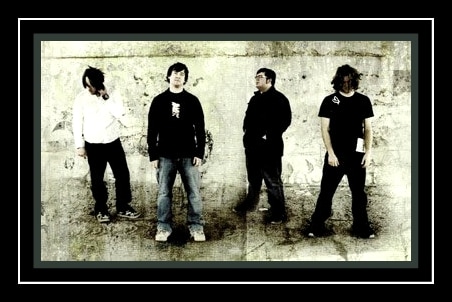 Normally when I hear the word Saskatoon, I immediately think of a quaint little restaurant in Greenville, SC that serves up a variety of different kinds of steak plates including everything from buffalo to ostrich. However, Saskatoon is a well known city in the Canadian province Saskatchewan where the killer Rock band 'Stereotrap' calls home. Stereotrap delivers up heart felt music that captivates the listener through a variety of instruments. The band incorporates everything from Cellos to Djembe Drums to acoustic Guitars to all the standard issue instruments that normally make up any Rock band. Stereotrap has sold thousands of albums, charting tunes on mainstream and christian radio from Canada to the US. The band has racked up numerous miles on the road sharing the stage with bands like Thousand Foot Krutch, Pillar, Project 86, & Anberlin. Hitting the road has paid off for this Canadian band having racked up two national awards to their credit.
Stereotrap is a four piece band that is comprised of  Vocalist/Guitarist-Colin Richet, Guitarist-Michael Lauen, Drummer-Kelly Bitner, and Bassist-Cas Bitner. The band has two releases to date, with their 2003 full-length album titled 'Refuse' and their 2009 6-track EP 'Are We the Wind or the Waves'. 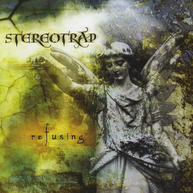 2003
In 2003 Stereotrap stepped onto the Rock scene with the release of their debut full-length AOR album smartly titled 'Refusing'. The band quickly garnered the attention of the Rock realm with their radio friendly vibe selling thousands of albums. 'Refusing' takes on a progressive attitude that's accompanied by plenty of energy and punch allowing for repeat listens. The band deserves props for the well done production because it has such a quality that makes the album come across as being recorded live. Stereotrap has produced a solid album here with no fillers to skip over.
Without question, Vocalist-Colin Richet can sing with the best delivering enough grit and passion that he helps push this project over the top.
Lyrics are thought provoking covering everything from pain to a relationship with Jesus Christ.
"Tonight"
I'm sick of pushing away
I'm tired of falling asleep
I know there's more to life than this
You're reaching out to me
As I pray
You're reaching out to me
As I pray

The price that You paid for
My sin and all my shame is so
So much more than I can bear
image: http://static.urx.io/units/web/urx-unit-loader.gif

You walk this road with me
Everyday

(See Site Info for Sword Scale meaning)
If you are into bands like Kutless, Awaken, or Old Man Shattered then you are sure to find Stereotrap to your liking. Stereotrap has set before you a Rock feast that is waiting to be devoured so be sure to procure your copy of this Canadian band's work . The band doesn't seem to be active anymore so it's not certain how long their music will be available.
Stereotrap's album 'Refusing' can be purchased via Mp3 files at the following location:
itunes.apple.com/ca/album/refusing/id352911875
Musicians:
Colin Richet-Vocals/Guitars
Michael Lauen-Guitars
Cas Bitner-Bass
Kelly Bitner-Drums