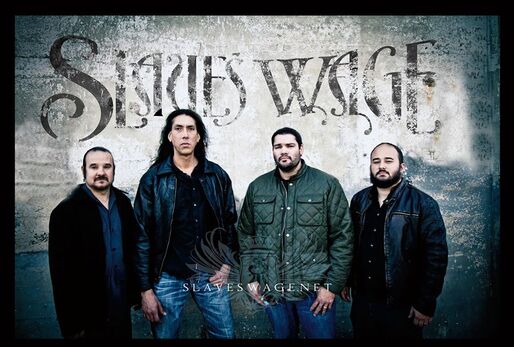 Slaves Wage is a Grunge/Rock band from Arlington, TX that formed back in 2006 by vocalist-Jeff Saenz & guitarist-James Johnson. Originally, the group started forming early on when both Jeff and James performed as backup guitarists for a Christian Industrial band, who in turn gave the nick name 'Slaves Wage' to Jeff & James as an identifier. The name Slaves Wage also has a biblical connection as seen in Romans 1:1 "Paul, a slave of Christ Jesus, called as an apostle and singled out for God’s good news". The band views themselves as "slaves of  Jesus Christ" - going wherever the Spirit leads them to go to do the work of God.
Slaves Wage has three releases to their credit starting in 2007 when they released their independent self-titled 4-track debut EP. Then in 2010, the band released their follow-up 6-track EP titled 'Faith Says' on an indie label. 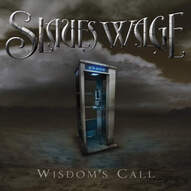 2015
In 2015 Slaves Wage released their first full-length album titled 'Wisdom's Call' on an independent label. This 2015 release was produced in studio with help from Steve Gauthier of 'Savior Sound Studios'. With the release of 'Wisdom's Call', Texas based Slaves Wage has delivered up a solid offering that is sure to garner the attention of Rock fans abroad. The idea for the album's title track is taken from the Bible as seen in the book of Proverbs 1:20-22 "Wisdom calls out in the street; she raises her voice in the public squares. 21 She cries out above the commotion; she speaks at the entrance of the city gates: 22 How long, foolish ones, will you love ignorance? How long will you mockers enjoy mocking and you fools hate knowledge?"
Frontman-Jeff Saenz draws comparison to vocalist-Peter Sigfridsson(Majestic Vanguard) in his tone and in the way he delivers in the mid-range throughout the duration of the album. What I like about Saenz's clean vocal approach, is that the listener can easily perceive the lyrics and message that the band is trying to relay.
The guitar section is brought to us from a duo guitar approach. The axemen for the band are none other than frontman-Jeff Saenz & guitarist-James Johnson. Yes we are treated to a Rock feast on this album with everything from Grunge guitar play to Rock styles to Doom to Power Metal to Thrash to acoustic and everything in-between. One thing that really stands out on this disc is the many guitar solos or should I say Jam-fests that deliver the goods and Rock the house down.
Bassist-Tony Fernandez makes his presence known in the arrangements and you might just find yourself adjusting your bass speaker as it begins to rock & rumble right off the shelf.
Drummer-Pedro Cortes brings the hammer down on the skins as he keeps time for the band. One thing that's noticeable about Pedro's drum play is a subtle rawness which actually works when you consider the Thrash elements added by the guitars. It's known that drummers for Thrash bands often try and capture more of a raw sound which works well for that genre.
Another thing that stands out about the band is their upfront Christ centered lyrics
which are often taken directly from the bible. The lyrics leave
little doubt to whom the band is serving as seen here in the following lyric:
"Jesus"
You are the Light that lights my way
You are the bread that feeds my faith
You are the hope that will endure
When I am sick You are the cure

You are the light that lights my way 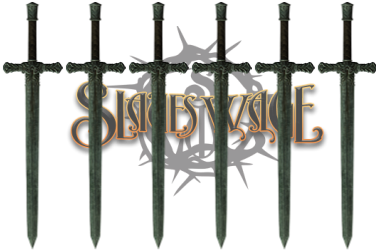 (See Site Info for Sword Scale meaning)
If you are looking for some new Rock music to add to your collection in the veins of the 90's era Grunge/Rock scene then you are going to love what Slaves Wage has delivered up with their 2015 Wisdom's Call release. Pick up your copy of Wisdom's Call today and help support this up and coming band so that their message can be sent out to the world.
Musicians:
Jeff Saenz - Vocals & Guitars
James Johnson - Guitars
Tony Fernandez - Bass
Pedro Cortes - Drums