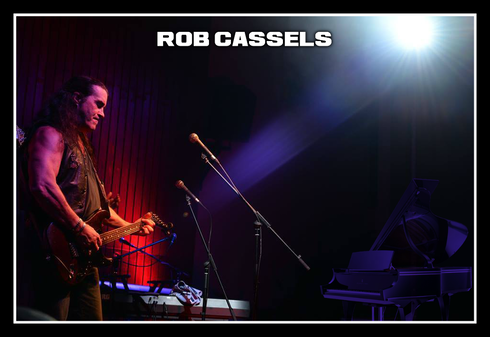 Rob Cassels got his start back in the 70's in South Carolina where he is known for his heart felt piano-driven Southern Blues Rock n' Roll music. Rob Cassels' music style draws comparison to such artist as Rez, Lynard Skynard, Deep Purple, Marshall Tucker Band, and Leon Russell.
Rob Cassels became a christian back in 1971 when a classmate gave him a tract explaining how to be saved. After reading the tract, Rob became a believer and began following and serving the Lord with his musical gifts. Prior to his conversion he had been heavily involved with drugs, and as a Christian performer, while playing in clubs on the East Coast, he would sometimes haul a large ball and chain out on stage to testify about the shackles from which Christ had set him free. 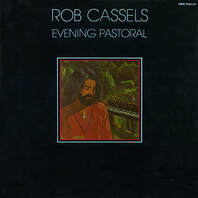 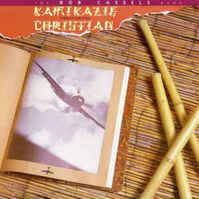 1982
​       In 1982, five years after the release of his debut, the Rob Cassels Band released their follow-up full-length album titled 'Kamikaze Christian'. This sophomore album was officially recorded by The Rob Cassels Band and included members - Mark Edger, Dave Hosler, Kent Redd, along with special guest-Steve Morse on guitar. Advertised as "southern boogie," the record opens with one of its strongest numbers, "You Think I’m Crazy" which celebrates the counter cultural fool-for-Christ identification christians often bear in modern society. "You Don’t Know" is bluesy gospel with a touch of the Allman Brothers, and "Rebel Yell" (no connection to the Billy Idol song).
Rob Cassels now had two releases and was able to garner a fan base by touring with the Resurrection Band on their 1985 'Between Heaven and Hell' tour. Touring with Rez allowed the band to learn from one of the greatest Blues pioneer bands in christian Rock. Rob continued to travel and gain exposure by sharing the stage with other bands as well including opening for Steve Taylor. 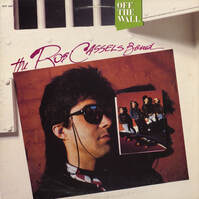 1987
​        ​In 1987 the Rob Cassels Band released their third full-length album titled 'Off The Wall'. This release finds the band changing with the times and taking on an 80's style sound by switching from piano to synthesizers. For those into 80's style arrangements infused in Blues, this is one release worth checking out. 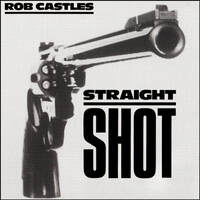 1988
In 1988 Rob Castles released his fourth full-length album titled 'Straight Shot'. This is the band's hardest Rockin' album to date. For this release, Rob Cassels changed the spelling of his name to Rob Castles at the urging of the record label in time for the album's release. 'Straight Shot' was reviewed by CCM magazine as "an explosive round of high-caliber rock extolling love, faith, and the peace of God."
​       In 2019 'Straight Shot' was re-issued by Girder Music with the album having been completely remastered with all new artwork as well as 2 bonus tracks that were recorded in 1986 and 1987 that were not previously on the original 1988 release. It's worth noting that Straight Shot is not considered a christian album lyrically. 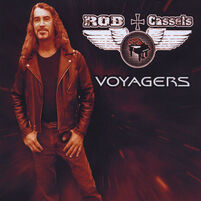 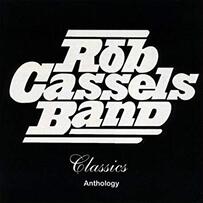 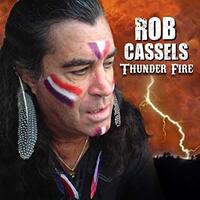 2012
In 2012 Rob Cassels released his fifth full-length album titled 'Thunder Fire'. Piano driven, 'Thunder Fire' offers up some Bluesy Rockers like "Love Ya To The Bone", "Psalms 23", & "I Will Never Leave You". Also included are some softer laid back Bluesy tracks like "What's That Voice", "Rock Of Refuge", & "Pearl Of Great Price". Not unlike the band's 'Voyagers' compilation, 'Thunder Fire' delivers up more 80's inspired Blues based Rock.
If you are into 80's inspired Southern Blues Rock then check out what Rob Cassels has delivered up with both his 2009 'Voyagers' & his 2012 'Thunder Fire' albums. Over the years Rob has recorded a little something for everyone whether your taste in music is softer or heavier there's a blues album designed with you in mind.
Purchases can be made at any of the following links:
Musicians:
Rob Cassels - Lead Vocals
Steve Morse - Guitars