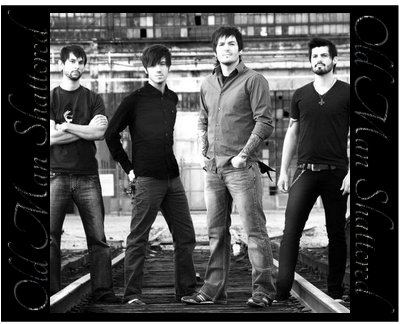 Old Man Shattered hails from Albuquerque, New Mexico where they deliver up some of the best Hard Rock AOR to be had in the industry. Old Man Shattered formed back in 1997 as a garage band and seldom do we find a band that displays such emotion and raw energy in their music. One thing that all members have in common is their desire to play music, and the intensity in the way they pursue it.
Old Man Shattered has three albums to their credit. In 1999 they released their independent debut titled 'In Light of Who You Are'. In 2003 they released their sophomore album titled 'The Other Side Of Fear'. Then in 2006 OMS released their third album titled 'The End Of The Matter' which is arguably the strongest of the three.
OMS have their share of exploits with their debut 'In Light of Who You Are' spawning four radio hits including “Mr. Prodigal” which went #1, and “Surrender” which peaked at #3 on Massive Radio a nationally broadcast CHR radio station. Another single “Be Magnified” was written in memory of Columbine High School shooting victim Cassie Bernall. OMS is listed on a memorial plaque which hangs inside the Columbine High School, and the song was played at the one year memorial of the shooting tragedy. The album was also nominated in four categories at the NMMIA Awards held annually in New Mexico. OMS also won Best Religious song for the tune “Be Magnified”. On the band's sophomore album “The Other Side of Fear”the tune “Sentimental Time” charted in the top 30 on the CHR rock charts.
OMS has shared the stage with Flyleaf, Shinedown, Crossfade, RED, Trapt, Decyfer Down, Moth, Fivespeed, Skillet, Strata, Disciple, The Exies, Jessica Simpson, Delirious, Sonic Flood, Plumb, All Star United, Wavorly, Every Day Sunday, Dizmas, FireFlight, Falling Up, Kids in the Way, Hawk Nelson, Run Kid Run, Pillar, Showbread and The David Crowder band, among others.
Some notable gigs that OMS has played at are SXSW, Creationfest, Cornerstone, Ragefest, Freedomfest, Hyperfest, and many more. 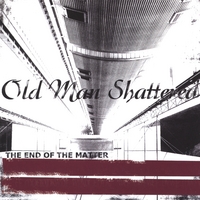 2006
In 2006, Old Man Shattered released their third offering 'The End Of The Matter' which features a heavy Hard Rock sound with tight production. With this release, OMS has found sure footing in the Hard Rock industry and is sure to garner a much bigger fan base. 'The End Of The Matter' is the product of 9 hard years of growing as musicians and not giving up nor compromising sound quality.
Lead Vocalist David Meyers has a powerful soaring Vocal delivery that will quickly captivate you and draw you into the music. Meyers shows a lot of Vocal control as he delivers with an undeniable passion coupled with a healthy dose of hooks that will leave you hungry for more.
Guitars are handled by David Meyers and Jesse McDermott who are both seasoned musicians who show their experience with the six strings on this project. Guitars are heavy and driving and even though this is more of a Rock project, the guitars play a big part here. The guitars can go from acoustic to Power Metal to Thrash like riffs to Blues to general Rock accompaniment.
The percussion department consist of Bassist-Adam Walters & Drummer-Mike Gomez who both hold up their part in this band. Mike's drumming style is both memorial and slamn' while Adam's Bass helps anchor the band to a consistent heaviness.
One tune that stands out on this project is the track "Carry".This tune opens up with soft acoustic guitar accompanied with soft Violin play. If your not careful, this one can catch you by surprise when the silence is suddenly interrupted and the hammer drops with the pounding of skins as heavy guitars are introduced- hitting harder than a tone of bricks.
Another tune worth mentioning is "Without You" that noticeably has some Symphonic Metal touches that add more depth to this track. The tune opens with soft angelic choir like Vocals and then the axes abruptly cut through the silence with an intensity not short of an all out attack.
Track 8 "Splendor" stands out as a praise tune that will be sure to get the attention of those who want to worship with loud crashing percussion and slamming guitars.
Lead Vocalist David Meyers states:
"We sing about our lives, our dreams, and our fears. Real stuff that people go through and the meaning behind it."

(See Site Info for Sword Scale meaning)This rating is for the album 'The End Of The Matter'.
If you are in the market for Hard Rock with soaring Vocal work then I believe you want be disappointing with Old Man Shattered. Grab your air guitars and hold on tight because you are in for a ride with this 2006 release. So pick up your copy of 'The End Of The Matter' and treat yourself to some good music and lets hope that we haven't heard the last of this band from Albuquerque.
Musicians:
David Meyers-Lead Vocals/Guitars
Jesse McDermott-Guitars/Vocals
Adam Walters-Bass
Mike Gomez: Drums