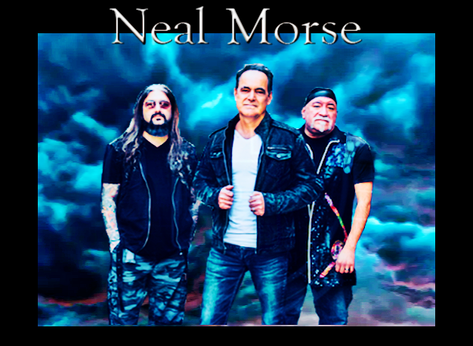 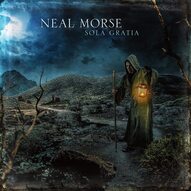 2020
In 2020 Neal Morse released his full-length studio album titled 'Sola Gratia' on the Progressive music dedicated label - Inside Out Music. The album was produced by Neal Morse in his personal studio and was then mixed by Rich Mouser at The Mouse House. The album's cover art was done by German graphic designer-Thomas Ewerhard. Thomas's artwork, on this 2020 release, draws comparison to the cover art of Nomad Son's 2010 album 'The Eternal Return' with a similar hooded figure holding a lamp.
This is the first album that Neal and the band has ever had to do remotely due to the virus. Neal sent the members the basic tracks and questioned if they wanted to rearrange anything. However, they all liked the arrangements Neal had sent and decided to just add their parts to them. Once all members had finished their parts they sent the arrangements back to Neal. “With the 'Neal Morse Band', the whole band works together on the writing, and while Eric Gillette plays some guitar and Bill Hubauer has added some keyboards on this one, neither of them wrote – or is singing – on this album. It was this process that decided that ‘Sola Gratia‘ was to be a 'Neal Morse' album, rather than being credited to The Neal Morse Band". - Neal Morse -
The album's title ‘Sola Gratia' came about from a misunderstanding between Neal and his wife Cherie:  “I was talking to my wife Cherie about debuting this new piece at Morsefest 2020 and she said she thought it would be good for me to do a solo album. However, I thought she said ‘Sola album’ and – because some of the new ideas involved Paul’s aggressive pursuit of the early Christians, I could see a link to some of the themes of persecution in ‘Sola Scriptura'(Neal's 2007 concept album about the life of Martin Luther)". The album's title 'Sola Gratia' is a Latin phrase simply meaning Only Grace. 'Sola Gratia' is the teaching that salvation is by grace only or "unmerited favor" only, not as something merited by the sinner.
Some tracks that stand out on this 2020 release include track-3 "In The Name Of The Lord", track-4 "Ballyhoo (The Chosen Ones)", track-6 "Building A Wall", track-10 "Never Change", track-12 "The Light On The Road To Damascus", and track-13 "The Glory Of The Lord".
The guitars on this project are managed by both Neal Morse & Eric Gillette who both deliver some tasty licks throughout the album. Neal is known for adding instrumentals to his projects and this latest release is no exception to the rule. Sola Gratia' has not 1 but 3 different instrumentals featuring both Neal's & Eric's prowess from behind their guitars including track-2 "Overture", track-5 "March Of The Pharisees" and track-7 "Sola Intermezzo". Also, check out the killer guitar work within the latter half of track-13 "The Glory Of The Lord".
"Lyrically, I am fascinated by the conversion of Saul of Tarsus to Paul the Apostle. The fact the he starts off persecuting christians and then becomes the guy who writes most of the New Testament is a rich story..there’s so much to it…it may become a series!” - Neal Morse -
'Sola Gratia' is a concept album with the the album's lyrics covering Paul's life as a Pharisee, his persecution of Christians, the stoning of Stephen, and his conversion on the road to Damascus. The following are some excerpts detailing some of the major points within the album's lyrics of Paul's journey:
"In The Name Of The Lord"
[Saul:]
You can run but you can't hide
(You can run but you can't hide)
You'll never turn the tide as long as I'm alive


"Ballyhoo (The Chosen Ones)"
​[Saul and the Pharisees:]
We are the fortunate people, the apple of Jehovah's eye
We are the sons and the daughters of the Most High

Many they don't have the knowledge
They don't have a critical eye
Let it go on and just see how it goes
These people are nothing but what if it grows?
Someone must fight and God knows it is me!


"Building A Wall"
[Pharisee 2:]
Do they speak the truth?
Have you really said crazy things that the say?
How you can believe in that man who is dead
And follow what they're calling The Way


"Warmer Than The Sunshine"
[Stephen:]
I see the Father stand
And Jesus at His right hand
With heaven open as a skyline


"Now I Can See/The Great Commission"
​[Paul joined by other Christians:]
Now I can see
That it's all about His love
Everlasting, overflowing
Now I can see
He will always be enough
And we're knowing now

With the glory of the Lord
Shining around me

(See Site Info for Sword Scale meaning)
If you are into Progressive bands like Dream Theater, Affector, Amaseffer, Queen, and Seven Horizons then you are going to love what 'Neal Morse' has offered up with his latest release 'Sola Gratia'. Help support the band and Christian music in general by getting your copy today of the band's recording 'Sola Gratia'.
Purchases can be made at any of the following links:
Inside Out Music
iTunes
Discogs
Musicians:
​Neal Morse - Vocals, Guitars, & Keyboards
Randy George - Bass
Mike Portnoy - Drums