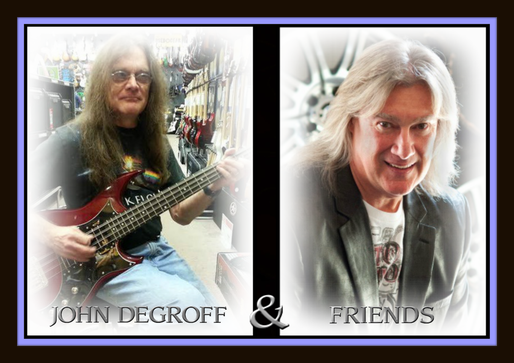 John DeGroff hails from Warsaw, Indiana and is known for his Bass work with the band Petra. John DeGroff and Friends is a Jazz project with light infusions of Rock and the ever slight touch of Blues. No, this project won't make your ears bleed from crashing drums or blistering guitar riffs. However, If you are like me and can enjoy some relaxing Jazz music in the cool of the night, then you are going to love what John DeGroff has offered up with this release.
In 1972, DeGroff was one of the original founding members of the, later to be, world renowned band 'Petra' with fellow members Greg Hough, Bill Glover, and Bob Hartman. DeGroff played Bass for the band's first two albums including Petra's self-titled debut album which was released in 1974 and Petra's sophomore album 'Come and Join Us' which was released in 1977. Shortly after leaving Petra, DeGroff played Bass for various bands in the Fort Wayne area, along with some session work. In 1987, he made the move to Nashville and focused on songwriting and other musical activities. He did a studio recording with Cosmonaut Bob in 2003 and in the same year joined Hough and Glover on their "GHF" project. Then in 2004, DeGroff and Hough united with Bob Hartman(Petra) on stage in a Petra Reunion of original members in Angola, Indiana. 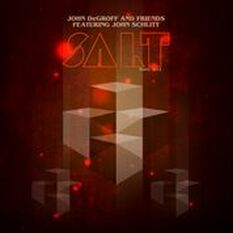 2018
In 2018 John DeGroff and Friends released their debut album simply titled 'Salt'. The band takes the idea for their album's title from Matthew 5:13  “You are the salt of the earth, but if salt has lost its taste, how shall its saltiness be restored? It is no longer good for anything except to be thrown out and trampled under people's feet."
​       Salt was released on Rottweiler Records and comes with top of the line production. The album was Produced by both Eddie Prather & John DeGroff. When it come to the album's fine tuning it was recorded by, mixed by, and mastered by – Eddie Prather with the executive producer being none other than Shawn Browning. This debut features 9-track with 6-tracks being instrumental Jazz offerings and 3-tracks featuring the vocals of John Schlitt(Petra).
For me, the reviewer, this project has a certain significance in that two of the members both have a connection with Petra who was one of the first bands that I began listening to after becoming a christian back in the 80's. I had the privilege of getting to see Petra in concert several times and they always delivered. 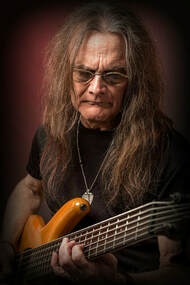 Bassist-John DeGroff plays everything from 4 to 6 string Bass Guitars and can lay down a mean bass line.  While listening to this release, one thing that you will immediately notice is that the bass lines are not covered up or hidden in the mix like we often find with other bands.
Grammy award winning Petra vocalist John Schlitt is the featured vocalist on three different tunes including track-1 "Runnin",  track-4 "I'm Your Man", and track-8 "From Yes To No And Back Again". John's vocals fit perfectly with the arrangements and at times add a slight bluesy flare to the mostly Jazz oriented direction.
"From Yes To No And Back Again"
Double minded man's
Unsure of everything in life
Making no decisions...
From yes to no and back again
A simple lack of pride
When Christ becomes your anchor
You stop moving with the tide!​

(See Site Info for Sword Scale meaning)
If you looking for something on the softer side and are in the market for some smooth Jazz ​then give "Salt" a spin. Hopefully this isn't the last album that we will see from this band because I for one am hungry for more.
Purchases can be made at any of the following links:
Rottweiler Records
Amazon
iTunes
Musicians:
John Schlitt-Vocals (tracks-1, 4, 8)
​John DeGroff-Bass/Acoustic Guitars(tracks-2, 5, 9)
Kevin Kyle-Guitars (track-7)
Dan Leu-Guitars (tracks-1, 4, 8 which are tunes with John Schlitt)/Slide Guitar (track-5)
John McCorkle-Keyboards
Garry Jones-Harmonica
Jennifer Savage-Flute (track-6)
Eddie Prather-Lap Steel (track-5)
Curtis George-Drums