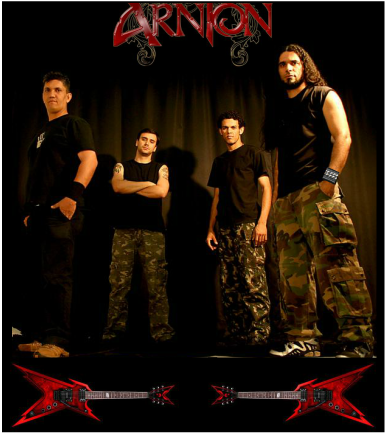 Arnion hails from Brazil and was founded in 2003. Arnion delivers up 80's inspired Thrash in the veins of Believer and Metallica. The Metal scene in Brazil, has plenty to offer as there are plenty of christian bands and new ones springing up every day. The group chose their band's name 'Arnion' because of its meaning in Greek which stands for "Lamb of God".
In 2007 Arnion stepped into the studio to record their first 4-track EP demo. Their EP included tracks 1. Refuge 2. Steps In The Dark 3. Human Holocaust 4. Whithened Graves. 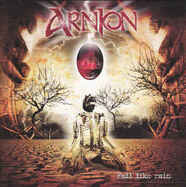 2009
​In 2009 Arnion released their full-length debut album titled 'Fall like Rain' on Silent Music Records. Fall like Rain' delivers the full Metal package and doesn't disappoint from beginning to end.
Vocalist-Pedro Neto has a good Thrash Metal delivery that goes well with this type of music. Pedro lets loose on the song "Zombies"with a sick scream and even sings with some clean vocals to round the song out. Pedro also offers up some sweet Death Metal vocals on a few tunes and does a great job if I might add. There's also some Hardcore sounding shouts but for the most part he stays with his monotone voice. By adding some different vocal ranges or pitches, It would help to create some variation to the vocals on future albums giving this band even more for others to talk about. We should note that the band's native language is Portuguese and anytime you have someone from a different language singing in English it's not always easy to understand them. Pedro Neto does a pretty good job singing in English but I have found that it's not easy to understand what he's even singing about due to his accent along with his placement not being far enough out front in the mix. With a few key changes, this band could go from Good to Awesome and be at the top of their genre!
One of the highlights on their debut is the guitar work of Rinaldo Macedo which is simply bone crushing heavy. There are plenty of Thrash'n solos along with a few moments of Speed Metal that are sure to get the mosh pit active. One thing I appreciate is that there's not just Thrash riffs going on here but also regular 90's sounding guitar play as well. On a few of the songs it sounds like Rinaldo traded his Axe for a Punk Rock "rubber band" sounding guitar, which helps to diversify the guitar onslaught even further. There are a few sections where the guitars come to a slow crawl almost crossing into Doom Metal territory.
The drum work of  Rogério Paulo really stands out on this album having a life of there own with plenty of variance. It's almost as though Rogério had studied and learned from the Kit Master-Ted Kirkpatrick (Tourniquet). Some highlight moments are when Rogério kicks in his double bass taking things up a notch and pealing a little paint off the walls.
In 2013 Arnion released an indie EP titled 'Revolução' that had a hard hitting edge to it with elements of Metalcore thrown in.
Arnion shows their love for Jesus Christ by their lyrics being very Christ centered
​as you can see in the following tunes:
"Fall Like Rain"
Listen, Oh Heavens! And I Will Speak
Hear, Oh Earth! The Words Of My Mouth
Let My Teaching, Fall Like Rain

And My Words, Descend Like Dew
I Will Proclaim, The Name Of The Lord
He Is The Rock, His Works Are Perfect

May The Lord Bless His Land, With The Deep Waters That Lie Below
All His Ways Are Just 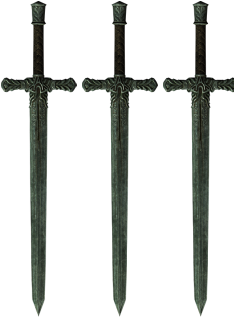 (See Site Info for Sword Scale Meaning)
If you like to mosh and love everything 'Thrash' then pick up a copy of Arnion's 'Fall like Rain' album and get your fist pump'n and your head bang'n again.
Musicians:
Pedro Neto-Vocals
Rinaldo Macedo-Guitars
Leonardo Araujo-Bass
Rogério Paulo-Drums