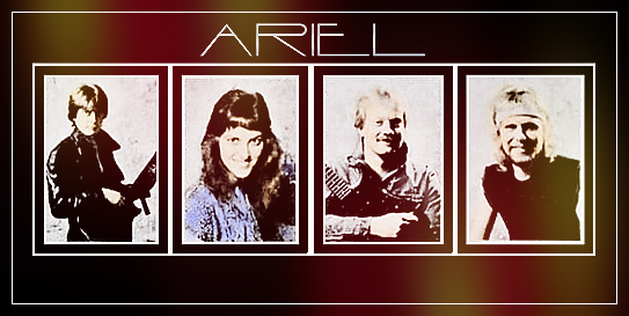 ARIEL is a Melodic Rock band from Victoria, Canada that formed back in 1983 by vocalist-Steve Sawatsky. Steve formed the group to create a more modern sounding band back in the early eighties to convey the gospel message through quality music. The goal was to perform where people who didn't frequent any Christian circles could hear the gospel and let the Lord do His work. The band would just plant & water and wait on the Lord for the increase. ARIEL's music style follows in the veins of bands like Foreigner, Journey, Whitesnake, Bob Seger, CCR, Resurrection Band(Rez), DeGarmo & Key, Xalt, and Mylon LeFevre. When it comes to the band's sound and arrangements, ARIEL draws from a proven bag of tricks including 80's style Rock, progressive elements, ethereal keyboards, reoccurring Blues touches, and some properly placed Jam band sessions. The meaning behind the band's moniker is best explained by frontman-Steve Sawatsky: "The name Ariel is Hebrew for lion of God. I originally chose it while I was reading Isaiah back in 1983."
ARIEL's original line-up was comprised of vocalist-Steve Sawatsky, backing vocalist-Lisa Sawatsky, guitarist-Ron Willes, and bassist-Bruce Davies. After producing some demo recordings, the band hit the streets playing in various venues throughout ​Vancouver Island and the lower mainland of BC, Canada. In 1984 ARIEL recorded a
7-track cassette EP titled 'He Comes'. The EP was recorded by ARIEL at 'Profile Recording Studio' in Vancouver, BC. The album's track-list included 1.Welcome Here 2.Turn to the One 3.Freely Given 4.Who Are You Livin' For? 5.Draw Close 6.In The Light 7.The Second Coming. Their EP album was sold at concerts & venues and helped  bring in much needed revenue to support the band. 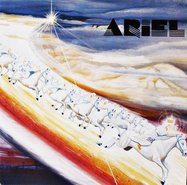 1986
In 1986 ARIEL released their debut full-length self-titled album which was produced in house by the band on Ariel Records and recorded at Legacy Sound Studios in Victoria, Canada. At the time, the band was in the process to be signed on to Refuge records but due to the record company being bought and sold while negotiations were being held, Ariel decided to go in a different direction. The band decided to release the recording through their very own label - Ariel Records.
ARIEL's self-titled debut was a solid first effort for the band with tight arrangements, poundin' drum lines, 80's era guitar licks, and uncompromising lyrics. One thing that really stands out on this 1986 album is the tight harmonies between the lead and backing vocals. The line-up for their debut release was comprised of lead vocalist/drummer-Steve Sawatsky, lead & rhythm guitars-Ron Willes, bassist-Bruce Davies, backing vocals-Lisa Sawatsky. The album's cover art was done by Mark Shilling & draws comparison to some retro 80's albums by the band 'Leviticus' which is not a bad thing from my point of view.
ARIEL's debut release garnered the band no little radio airplay throughout the world beginning in Canada and then onto the American College Network. The album eventually received airplay as far as several European countries and throughout various South Africa areas.
The track-list for their '86 debut release included 1.Take Hold 2.Draw Close 3.Set Me On Fire 4.Psalm 139        5.Prince of Life 6.Fight For Your Life 7.Love not the World 8.The Gathering 9.The Second Coming.
Ariel disbanded in 1989 and went on an indefinite hiatus with all members going their separate ways. According to Steve: "​In around late 1989 Ariel had disbanded due to time restraints. New families, jobs, and various commitments all contributing to needed change. So, over the years carrying on in life with the Lord for most of us was the course."
However, after more than 30 years, the band once again returned to the studios and began work on new material for a completely new recording. 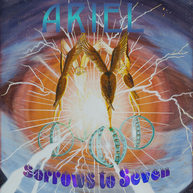 2021
​          In 2021 ARIEL released their sophomore full-length studio album titled 'Sorrows to Seven' on ARIEL Records. This follow-up album picks up where the band left off back in 1986 and sounds as if it could have been released just a year after their debut. "Over the last 10 years or so, I have wanted to pursue another recording of the same band production and musical style. The Lord has been gracious to maintain our musical abilities and provide opportunities which were not available back in the day. The internet has made it possible to reach out all over the world with the gospel! So we pray that the Lord will allow us to utilize these possibilities while they are available." - Steve Sawatsky -
With ARIEL's latest release we find that three of the band's original musicians have returned to their former positions including lead vocalist/bassist/drummer-Steve Sawatsky, guitarist/bassist/keyboardist-Ron Willes, and backing vocalist-Lisa Sawatsky. In addition, the band is supported by a number of guest musicians including guitarist-Diego Tronca on "Way, Truth, Life", guitarist-​Scott Mclellan who handled the guitar solo on "One Seed", keyboardist-​Simon Phillips who does keys on "Consider" & Piano on "One Seed". The cover art for 'Sorrows to Seven' was done by Mark Shilling back in 1983 and is a depiction of Ezekiel's vision which is found in (Ezekiel 1:4-20). 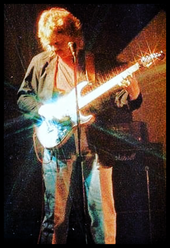 Shredder-Ron Willes manages lead guitars for the band delivering up varying techniques from the 80's golden years of Rock n' Roll. Blues fans have plenty to get excited about as Ron doesn't disappoint when he adds his bluesy touches throughout this project. On track-9 “Holy Hill”, Ron cuts loose showing his prowess with the six strings in the opening part of the song. Ron shows his diversity with the guitar within the progressive track-7 "Wilderness 40" where we find him moving in and out between Blues, Jazz, and Rock genres.
Lyrics are thought provoking and evangelical as one can see in the following excerpts:
(Lyrics by Ron Willes & Steve Sawatsky)
"Sorrows to Seven"
Heavens promise revealed
Holy book unsealed
Saving grace, love poured out
Lamb of God angelic shout
Knowledge shall increase
Wickedness shall cease
Son of God, Fathers love
The wise will shine from above

​
"Undeniable"
​He calls to His bride who He's redeemed by His blood
Fear not what you suffer, for you will rise above
Be faithful to death, a crown of life you receive
Yeshua Messiah, in your heart you believe


"Way, Truth, Life"
​The way has been shown
The Truth has been known
The Life you receive
The Lord you believe

You will reign forevermore