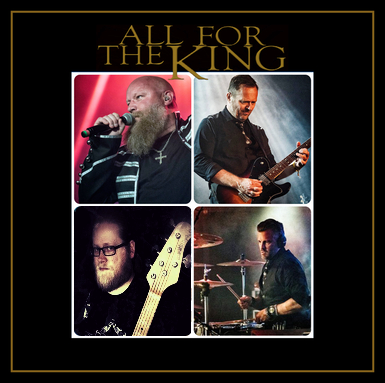 'All For The King' is a Hard Rock band from Jönköping, Sweden which formed back in 2016 by Erik Tilling and Ricard Hulteke. Both Erik & Ricard met on the internet by way of different forums and discussions on facebook.
All For The King brings to the table European hook laden Hard Rock in the veins of Black Sabbath. AFTK has a familiar sound drawing from that which has stood the test of time, yet a sound that is relevant for the modern day listener. The band's musical arrangements immediately capture the attention of the listener combining modern day Hard Rock with uncompromising lyrics.
The meaning behind the band's name is best explained by bassist-Andreas Ålöv - "For me at least, it embodies what we want to be about, to give "All for the King”. That’s not an easy thing to live up to, but we believe that it describes our honest hope, to truly live a life that’s pleasing to God and that spreads some of his love to a hurting world."
There are a number of bands that have influenced the members of 'All For The King' over the years including Metallica, Dream Theater, Bono, Glenn Hughes, Jorn Lande, King´s X, Neal Schon(Journey), and Judas Priest just to mention a few.​
Just one year after their conception, 'All For The King' stepped onto the Hard Rock scene with the release of their 2017 self-titled full-length debut album published on the 'Connection' record label. Their debut garnered AFTK rave reviews from around the world and helped establish this Swedish group as a power house band.
Shortly after the release of their debut album, the band got to work on writing new material. In 2019, AFTK stepped into the studio and completed 2-singles which were both released that same year. In October of 2020 the band continued recording the rest of the needed tracks for their follow-up album completing the process in May of 2021. 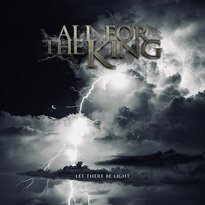 2021
​In 2021 All For The King released their follow-up sophomore full-length album titled 'Let There Be Light' on the Connection/Linx Music owned by Naxos Sweden. The album was produced by the band's very own Erik Tilling and recorded at Loud Noise Studio in Huskvarna, Sweden. The recording was mixed by Johannes Häger and mastered by Jens Bogren. The album's cover art was professionally done by Jakob Holmberg of LOFT design. Jakob's cover art design is fitting for this 2021 project capturing certain symbolism from their lyrics. Since the band's debut, the only line-up change to report is with Johan Tjernström who has left the band and was replaced by bassist-Andreas Ålöv(Empire 21). The roster for their follow-up album is comprised of vocalist-​Ricard Hulteke(Empire 21), guitarist-Erik Tilling, bassist-Andreas Ålöv(Empire 21), and drummer-Richard Tonyson.
With their sophomore release the band has taken their sound to a whole new level with overall more mature arrangements. Some of the tracks take on a technical Hard Rock element which I haven't seen in the Rock genre before. Yes, the band came out swinging with this latest release and have, without question, knocked the ball out of the park. Some tracks that stand out on this sophomore offering include track-1 "The Six-Winged Seraphim", track-2 "Let There Be Light", track-4 "The Way, Truth and Life", track-5 "The Shelter", track-7 "Metal Gods", track-8 "Let God Be God", and track-11 "The Return of the King".
I must say that track-5 "The Shelter" sent chills all over this listener and is one of the many highlights on the album. Hopefully, on future releases, we will hear more tunes like "The Way, Truth and Life" with its-over-the top energetic vibe. Another thing that stands out, and that I appreciate about this album, is the song length from track to track. Each song is kept between 3 to 4 minutes long with the exception of track-11 "The Return of the King" which clocks in at almost 5 minutes long.
Back in the early days, vocalist-Ricard Hulteke(Empire 21) got his start in Gospel, Soul, and Praise music. Today, even though the genre has changed, there are still flavorings from those earlier days that seep out in Ricard's delivery. These are a few of the many elements that help set him apart from a large crowd of vocalists in the market today. It has been said that Ricard draws comparison to singer-Glenn Hughes(Black Sabbath). However, I would like to add that he even likens to that of vocalist-Peter Sigfridsson(Majestic Vanguard). With this 2021 recording, Ricard has pushed himself to a new level and sounds better than ever. In addition, Ricard has relentlessly laced the album with enough hooks to hold the listener's attention from beginning to end. 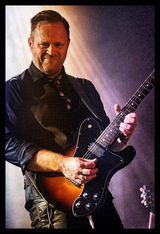 Guitarist-Erik Tilling has a distinct playing style drawing comparison to world renown guitarist-Tony Iommi(Black Sabbath). This latest release finds Erik at the top of his game incorporating heavy low-tuned guitar play coupled with 80's & 90's era soloing ever so lightly seasoned with Power Metal touches. Yes, this release has a little something for everyone as Erik has delivered up a solid performance with plenty of shred variance from beginning to end.
"I am a disciple of Christ and Music is a tool to spread
the word about my Savior and best friend Jesus." - Ricard Hulteke -
​
The band's lyrics show a love for the Creator
​being Christ centered as one can see in the following excerpts:
"Let There Be Light"
In the beginning God created heaven
Sea and earth and sky
He looked upon it and saw that it was good
He smiled in joy!


"The Way, Truth and Life"
If you surrender to the One who made you
If you will open up your heart and let Him in

If you believe in Him He will set you free
If you say yes - He will be your best friend!

He is
The way
The truth
The life

(See Site Info for Sword Scale meaning)
If I was only going to purchase one album within the next 3 months, I would make 'LTBL' be that purchase because the album is simply that good! Help support Christian Rock music by picking up your copy of All For The King's album 'Let There Be Light' today! Also, check out the interview I had with the band.
('Let There Be Light' will be officially released on September 24, 2021)
Purchases can be made at any of the following links:
Amazon
iTunes
Musicians:
​Ricard Hulteke(Empire 21) - Vocalist
Erik Tilling - Guitars
Andreas Ålöv(Empire 21) - Bass
Richard Tonyson - Drums