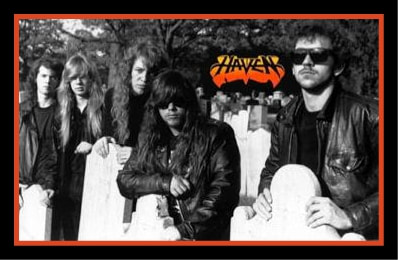 Haven is a Christian Power Metal band from New Jersey that formed back in 1989. Haven takes the idea for their moniker from the fact that Jesus is our haven-a place of safety or refuge as seen here in the following biblical text: Psalm 107:28-31 "Then they cry unto the LORD in their trouble, and he bringeth them out of their distresses. He maketh the storm a calm, so that the waves thereof are still. Then are they glad because they be quiet; so he bringeth them unto their desired haven. Oh that men would praise the LORD for his goodness, and for his wonderful works to the children of men!"
Some of the bands that have influences Haven members over the years include Queensrÿche, Metallica, King Diamond, and Dream Theater. 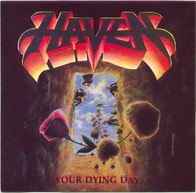 1990
In 1990 Haven released their debut full-length album titled 'Your Dying Day' which was recorded at Morning Star Studios in Philadelphia, PA ​and released on R.E.X. Records. This debut album includes some killer guitar play that moves from Power Metal riffs to 80's noodling along with some Doom touches. On this project, the vocal work by frontman-Kevin Ayers can be intense reaching from guttural to soaring vocals to high pitch screams that will punch you in the face until blood flows. Yes, when it comes to Metal, vocalist-Kevin Ayers is second to none and always delivers a powerful performance to say the least. This debut release comes highly recommended to classic Metal fans so if you can find a copy of this rare gem, don't hesitate to purchase it!
The line-up for 'Your Dying Day' includes vocalist/guitarist-Kevin Ayers, guitarist-Andrew Bruner, bassist-Ed Bruner, and drummer-Tim Benton. 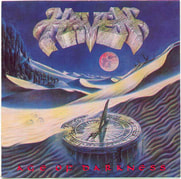 1991
In 1991 Haven released their sophomore full-length album titled 'Age Of Darkness' which was recorded at Catamount studios in Iowa and released on R.E.X. Records. The album was re-released in 2005 by Retroactive Records and included 6 additional bonus tracks by vocalist Kevin Ayers' band 'Thunder Bucket'.
With this release, the band comes out swinging and sounding better than ever with 11 hard hitting tracks that will pick you up and slam you face first onto the threshing floor. Kevin Ayers' vocal performance is no less than stellar throughout the album who is supported by some strong guitar play. The guitarists show their depth of ability from track to track as they deliver their punishing arrangements. On track-5 "The Witching Hour" we even find the guitars moving into Speed Metal territory showing just how heavy this release can be.
​       The line-up for 'Age Of Darkness' includes vocalist-Kevin Ayers, guitarist-Andrew Bruner, guitarist-John Farnell, bassist-Ed Bruner, and drummer-Tim Benton. Tragically, after the completion of their "Age of Darkness" album, all band members went their separate ways. 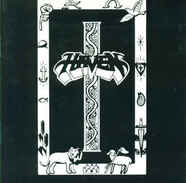 1995
In 1995 the band reformed to release their third full-length independent album simply titled 'Haven'. This release finds the band rocking in the veins of their first two releases. The band's first two albums were professionally recorded and produced in studios. However, their third album was produced by frontman-Kevin Ayers in his own garage studio resulting in a lesser quality production. The production isn't terrible for an Indie project however, it falls more on the weaker side and could definitely benefit from being re-mastered.
On this '95 release, vocalist-Kevin Ayers brings to the table a dynamic delivery serving up a Metal feast from behind the mic complete with soaring vocals. Ayers' delivery draws comparison to such vocalists like Chaz Bond(Jacob's Dream) and Rey Parra(Sacred Warrior/Worldview). Then there are some moments where his delivery also brings to mind vocalists-Dale Thompson(Bride) and even Axl Rose(Guns N' Roses). My only complaint about Kevin Ayers' delivery is that, on some tracks, there has been added a vibrato effect which can get to be annoying after a while. On a few tracks the vibrato actually works however, on others it gets to be way too repetitive.
The line-up for 'Haven' includes vocalist/guitarist/drummer-Kevin Ayers, lead guitarist-Carlos Cintron(tracks 1, 3, 6, 7, 8, 9, 11), lead guitarist-Andrew Bruner(tracks 5, 10), lead & rhythm guitarist-John Farnell(track-5), bassist-Michael Cineron, and bassist-Ed Bruner(track-5). 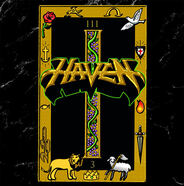 2017
In 2017 Retroactive Records re-issued the band's 1995 'Haven' release and re-titled it 'Haven III'. This reissue has been carefully re-mastered by Rob Colwell Of Bombworks Sound to improve and update the album's original sound quality. Also included is a 4-panel insert and a jewel case along with enhanced original cover art courtesy of Scott Waters at No Life Til Metal. As if that wasn't enough, also included is an unreleased bonus track not found on the original release called "From Everlasting".
listening to this album takes me away to where I can almost smell the smoke bellowing down from the stage where guitars are ringing true to the 80's Metal scene. Then the lights begin to move back and forth between the crowd and the band while illuminating the smoke filled arena as the crowd begins to roar.
The lyrics leave little doubt to the band's love for the Lord as one can see in the following excerpts:
"Love From Above"
Everything becomes new
Old things pass away
We are the chosen few
He makes a way for us
If we trust through His blood
Saved by His grace
To find this love so true as we begin to pray 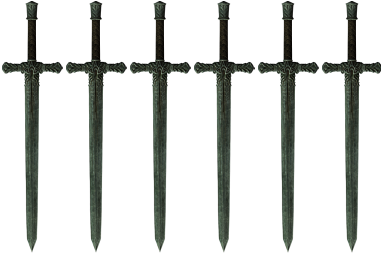 (See Site Info for Sword Scale meaning)
If you are into bands like Sacred Warrior, Jacob's Dream, Iron Maiden, Recon, Thee Final Chaptre, or Queensryche then you are going to love what Haven brings to the table. Do yourself a favor and pick up your copy or two of Haven's releases today and begin dusting off those ole speakers with one of the original Power Metal bands of the day.
Purchases can be made at any of the following links:
Boone's Overstock:
boonesoverstock.storenvy.com/products/20042024-haven-iii-retroarchives-edition-bonus-track
iTunes:
itunes.apple.com/us/album/iii-retroarchives-edition/id1251728045
cdbaby:
store.cdbaby.com/cd/haven13
Musicians:
Kevin Ayers - Lead Vocals, Guitars, Bass & Drums
Carlos Cintron - Lead Guitar
Andrew Bruner - Guitars
John Farrell - Guitars
Edward Bruner - Guitars
Michael Cintron - Bass