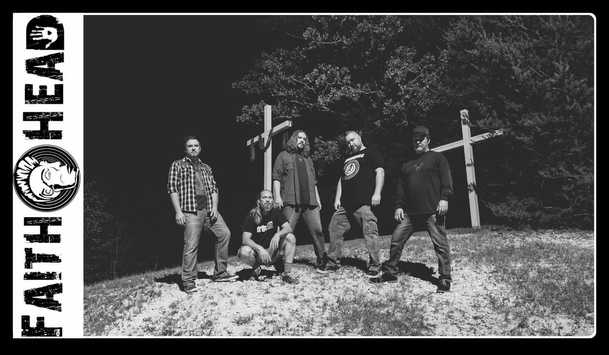 ​
​        Faith Head is an independent Hard Rock/Metal band from Chattanooga, TN that formed back in 2014 by bassist-PFunk(Burning Alter, Covered Scars). The band was conceived when PFunk was driving between two cities and listening to an apologist on the radio. He heard the apologist make a profound statement that he just couldn't get out of his head - "The world thinks we're all just a bunch of faith heads!" It was then and there that he received the inspiration for the band's moniker. Faith Head is defined as “someone who holds irrational religious fundamentalist beliefs and no matter what evidence is provided to the contrary will never change” or basically the 21st century version of a “Jesus Freak”.
In 2015 founding member PFunk began forming the band with Georgia's very own Vocalist-Jason Beavers(Prazing Hymn/Amplified Chaos) who joined the band in November. Shortly after a phone call from Pfunk, guitarist-Jon Freeman(The Well Experience, Burning Alter) soon came on board after experiencing many struggles within the music business of his previous two bands. Feeling their need to eliminate musical boundaries, PFunk contacted guitarist-Donny Raines giving the band a second axeman and a fuller more flavorful wall of sound. In order to establish the percussion section of the band, PFunk contacted drummer Gabriel Gardner whom he had previously played along side and had co-written several songs with. Now boasting a solid 5-piece band, Faith Head began work on what would be their debut release. 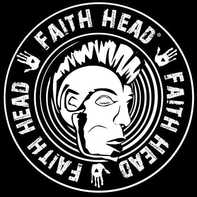 2016
In 2016, Faith Head released their independent full-length debut album titled 'Are You a Faith Head?' Most bands struggle with poor production and less than adequate arrangements on their debut release. However, Faith Head, with members having cut their teeth with previous bands, have managed to release a solid debut album. 'Are You a Faith Head' was recorded at AudioTopia Recording Studio in La Vergne, Tennessee. The arrangements are well thought out delivering up a heavy full wall of sound to the listener coupled with plenty of hooks to keep one coming back for more.
Vocalist-Jason Beavers does his part in helping the band obtain a signature sound. Beavers draws comparison to such vocalist as Steve Young(Letter 7), and Bill Menchen(The Seventh Power). He seems to be comfortable behind the mic singing mostly in the mid-range while mixing things up with various vocal deliveries. As a footnote, one of the album's strengths comes from Beavers ability to bring to the table plenty of hooks.
​The guitars are handled by both Jon Freeman & Donny Raines who both reach deep into their bag of tricks to unleash a barrage of tasty licks. The guitar work moves from heavy crunchy riffs to Thrash to 80's era noodling and even to some Doom style play. One thing that's sure about the shred here is that Freeman & Raines have injected enough solos throughout this project to keep even the toughest of critics happy.
Founding member-PFunk refuses to hide in the mix as he surfaces with some timely solos and punishing Bass lines.
Drummer - Gabriel Gardner keeps time for the band with a distint 80's era drumming style that works well with the band's arrangements.
Lyrics are full on for Christ.
"Faith Head is a Metal band whose focus is a Christian worldview, apologetics and other modern issues. Unlike their contemporaries Faith Head does not hide behind a selective use of pronouns to mask the biblical worldview of the lyrics nor use graphic and provocative imagery in a marketing
attempt to attract listeners. Faith Head’s job is to praise the name of Jesus Christ
​through song and word and His job is to draw listeners to Him."
John 12:32 And I, if I am lifted up from the earth, will draw all men to Myself.
"Going to the Mountain"
Been down in the valley for far too long
Trials by fire have made me strong
Lessons learned and faith affirmed
Now its time to be moving on

Inch by inch, I grapple and claw
Steep is the grade and far is the fall
When I see His face, nailed scared hands and feet
then I’ll know it was worth it all
Going to the Mountain Words & Music by Faith Head Copyright 2016 © 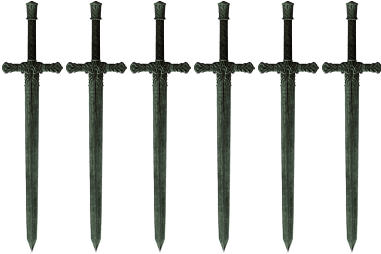 (See Site Info for Sword Scale meaning)
Those into 80's era Metal in the veins of Menchen, Letter 7 or even Saint are going to find a lot to love with this 2016 release. Honestly, this is one of those projects that one can listen to over and over again without the arrangements becoming old and mundane. With each repeat listen this project only gets better and better so pick up a copy of Faith Head's debut release 'Are You a Faith Head?' and unleash the molten metal within!
Faith Head has made their debut available on iTunes or at Amazon using the following link:
www.amazon.com/dp/B01MU3LSLS/ref=sr_1_1?s=dmusic&ie=UTF8&qid=1482722740&sr=1-1-mp3-albums-bar-strip-0&keywords=Faith+Head
Musicians:
Jason Beavers(Prazing Hymn/Amplified Chaos) - Vocals
​Jon Freeman(The Well Experience/Burning Alter) - Guitars
​Donny Raines - Guitars
PFunk(Burning Alter/Covered Scars) - Bass
Gabriel Gardner - Drums